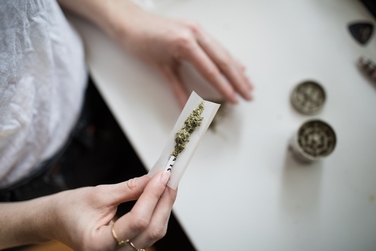 Some cannabis users swear by its ability to help them manage their anxiety and better socialize, others won’t touch the stuff, worried it will only serve to increase their stress and paranoia. Love it or hate it, “weed” has been used for centuries for both medicinal and recreational purposes, and a lot of people are consuming it. There were more than 5.1 million people using the smokable or edible plant in Canada in 2019, and one third of those aged 18 to 24 years reported consuming cannabis in the last 3 months [1].

Motives for cannabis use are based on how a person expects the drug will make them feel, their past experiences with the drug, and the specific situation that person is in (i.e., If they are alone, at a party, with parents, etc.) [6]. According to stress-coping models of addiction, people use drugs to cope with stress, reduce negative emotional states, and/or increase positive emotional states [7]. According to this theory, people who list coping as their main reason for substance use might be using substances to improve their negative psychological states. Those living with social anxiety, for example, might then use cannabis to reduce the negative moods they experience as a result of their social anxiety symptoms (ex. fear of judgement). These theories have been backed by research too. Researchers have found that individuals with high levels of social anxiety are more likely to list coping as a main reason for cannabis use [6]. This might be due to the anxiety-reducing effect associated with cannabis [3]. Seems straightforward enough, right? Why doesn’t everyone with anxiety use cannabis? The negative consequences associated with cannabis use may be influencing people’s decisions to use it.

Negative Consequences of Cannabis Use

Researchers have found that those who list coping as their main reason for using cannabis are at the highest risk for experiencing the negative consequences associated with cannabis use (like paranoia or memory problems) [4]. Other researchers have found that high levels of social anxiety are associated with heavy cannabis use and over-consumption, such as daily use [5]. In fact, people with social anxiety are 7 times more likely to experience cannabis-related dependence when compared to the general population [5]; although it is worth mentioning that researchers have not established causation- that anxiety necessarily causes dependence or negative consequences. While the negative consequences of cannabis use discourage some from using, others might continue using cannabis to cope despite the risks. This is where things get a little bit complicated because researchers are still not entirely sure why some people with social anxiety will be more likely to use cannabis for coping, even if they are experiencing the negative consequences. What kinds of individuals will be more likely to disregard the risks involved with cannabis use? Personality traits, like impulsivity, might play a role.

According to urgency theory, some people have a tendency to be more impulsive and emotionally-driven than others, and are more likely to take risks when they experience highly positive or negative emotions [8]. Negative urgency is the tendency for people to act impulsively when distressed or experiencing strong negative emotions. For example, some people might impulsively use substances, such as cannabis in order to cope with strong negative emotional states, such as anxiety. Researchers have found that those with substance use disorders are more likely to score high in negative urgency as opposed to other types of impulsivity (such as sensation seeking) [8]. According to this theory, cannabis users with both high social anxiety and high negative urgency might make rash judgements when upset. That is to say, they might temporarily discount the potential negative consequences of cannabis use in order to use to cope. This coping motivated cannabis use is counter-intuitive because it might worsen the anxiety that users are trying to relieve in the first place. The relation between negative urgency and social anxiety, however, has not been well studied, and not much is known in terms of its relation to coping motivated cannabis use. Future researchers might want to investigate if negative urgency has an effect on the willingness of those with social anxiety to use cannabis for coping, and if those using to cope are experiencing more negative consequences. Negative urgency could be identified as a potential risk factor for using to cope and experiencing negative consequences.

What Does This All Mean?

While some people with social anxiety might use cannabis as a way to reduce stress, others won’t touch it due to the possible negative consequences such as paranoia. Others will continue using cannabis to cope, even if they are experiencing the negative consequences. This might be due to them having impulsive personalities; however, the research isn’t entirely clear on that just yet. This all being said, mixing anxiety and “weed” can be a really good way to relax, but it can also make relaxing that much harder. Will you be taking a hit? 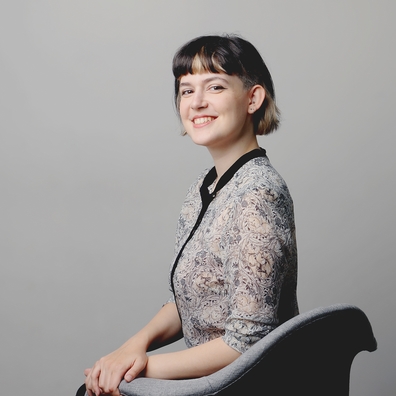 Agata Kasprzyk (B.A.) studied honours psychology at Concordia University. Her research interests include substance use and abuse, risk and resilience, social anxiety, as well as gender and sexuality. She is passionate about improving access to mental health services for marginalized groups (such as people who use drugs, houseless people, PoC, and LGBTQ+ individuals), and plans on pursuing graduate studies in psychology.

Concordia’s Journal of Accessible Psychology is a student-run science communication journal published annually by Concordia University’s Psychology Department. The journal’s mission is twofold. First, we aim to teach undergraduate students about science communication by giving them the opportunity to write about their own psychological findings. Second, we aim to train graduate students on the same topic, while giving them experience with the review process. Overall, our mission is to produce high quality research that is accessible and engaging for academics and the public alike.